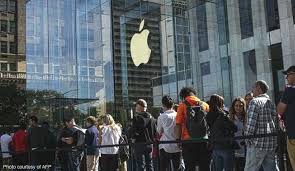 Apple’s perplexing and high-hazard association with the Chinese government took another curve this week, with the organization maddening China’s state media into distributing an article on October 9, pummeling the U.S. tech monster for its endorsement of an application that has been “allowing the rioters in Hong Kong to go on violent acts.”

The analysis encompasses an application called HKMap Live, which professes to help Hong Kong’s natives track the areas of challenges and police action, with the purpose, it says, of helping individuals maintain a strategic distance from issue spots and remain safe. The application was initially dismissed by Apple and denied section into the App Store. That released an influx of dissents that in the long run observed the choice toppled and the application permitted into the store.

“Nobody wants to drag Apple into the lingering unrest in Hong Kong,” the People’s Daily warns, “but people have reason to assume that Apple is mixing business with politics, and even illegal acts. Apple has to think about the consequences of its unwise and reckless decision.” The paper is the official mouthpiece of the decision Communist Party. It represents the nation’s administration.

Apple tried to keep away from an erupt. HKMap Live was submitted to the App Store on September 21, dismissed on September 26, resubmitted on October 2, dismissed again that day. Furthermore, one can’t resist the urge to infer that the inversion was provoked by the exceptionally open and perturbed reaction to the application’s dismissal.

Apple’s unique dismissal of the application refered to lawful complexities. The organization disclosed to the designer that his application “facilitates, enables, and encourages an activity that is not legal, allowing users to evade law enforcement.” The app shares information from the public to identify where trouble has flared up. “We don’t encourage any advice on the map in general,” the developer said, “our goal is safety for everyone.”

China obviously opposes this idea. “The developers of the map app had ill intentions,” says the People’s Daily, “Apple’s approval for the app obviously helps rioters. What was its true intention?”

The state media article incorporates the typical Chinese inclination on the circumstance in Hong Kong—“severe times” and citizens becoming “tired of the unrest.” The article also accuses the protesters of “conducting violent acts more frequently,” asking the extraordinarily provocative question: “Does this mean Apple intended to be an accomplice to the rioters,” given that the U.S. tech giant “chose to approve the app in the App Store?”

Apple steps a scarcely discernible difference in China. A lot of the world’s biggest cell phone market has dropped to 10% as it has lost ground to nearby opponents, it has been constrained by the U.S. exchange war into investigating choices for moving assembling ceaselessly from its essential base, and when an iOS hack was followed to China’s concealment of its Uighur minority, Apple notoriously fail to reference China in its announcements, picking rather to assault Google for errors in its revealing.

Actually Apple can’t stand to push Beijing excessively far—the effect to its assembling base and $50 billion of yearly China deals would hit hard. Furthermore, this is the hazard, set against the setting of the U.S. boycotting Chinese tech champions and the continuous exchange war and now the Hong Kong dissents. “The map app is just the tip of the iceberg,” complains the People’s Daily. “In the Apple Music Store in Hong Kong, there was also a song advocating “Hong Kong independence.” Such a song was once removed from the music store and has resurrected.”