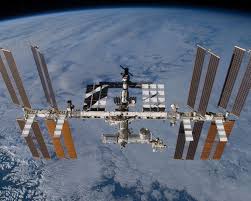 The unpiloted H-II Transport Vehicle-8 (HTV-8) soared into space at 12:05 p.m. EDT Tuesday (1605 GMT or 1:05 a.m. Sept. 25 in Japan). The cargo ship hefted more than 4 tons of supplies, as well as batteries and a prototype laser-communications system, from the Tanegashima Space Center in southern Japan.

The launch was originally scheduled for Sept. 10, but officials scrubbed it after a fire broke out on the launch platform a few hours before launch. Mitsubishi Heavy Industries (MHI), which is the prime contractor for the Japanese H-IIB rocket, later determined the blaze likely happened due to static electricity fueled by oxygen, according to Spaceflight Now.
Not helping the situation was the unusually low winds at Tanegashima during the launch countdown, MHI explained in a statement, because oxygen vapors were more concentrated than usual at the launch pad since they were not being blown away. “We have taken corrective measures and have confirmed normal functioning of the rocket and facility,” MHI added, without specifying what those measures are.

On the scrub day, NASA quickly issued a statement reassuring the public that the space station crew remains well-supplied even in the face of the delay. Three more people, in fact, are likely on their way to the space station tomorrow (Sept. 25). That Expedition 61 crew includes veteran Russian cosmonaut Oleg Skripochka, rookie NASA astronaut Jessica Meir and Hazza Al Mansouri of the United Arab Emirates. Al Mansouri is the first Emirati astronaut ever to fly in space.
HTV is expected to arrive at its destination Saturday (Sept. 28) – well after the Expedition 61 crew’s docking. The cargo ship will berth at the Harmony module of the ISS. Astronauts will use the Canadarm2 robotic arm to capture the Japanese supply ship. Astronauts will unpack the supplies, while robots pick up the batteries for future spacewalk work.

NASA plans up to five spacewalks in October to take the new lithium-ion batteries and put them in place of aging nickel-hydrogen batteries powering the space station’s P6 truss segment, Spaceflight Now said. The 21-year-old space station is in the middle of several battery replacements to keep the space station’s living quarters and experiments powered up for commercial crew – and beyond.
Meanwhile, the Sony laser-communications terminal will be deployed to test future communications between satellites or with ground stations, using ultra-fast laser communications, according to the Japanese Aerospace Exploration Agency or JAXA. (Spacecraft today generally rely on radio, which has a more limited bandwidth to send information).

Since 2016, JAXA said in a statement, Sony and the space agency have been testing long-distance laser communications on the ground. The demonstration on the space station will involve attaching the Sony system to a small exposed experiment platform in space, attached to the Japanese Kibo module.

Aside from this fire, Japan has an unbroken record of success in launching its HTV vehicles, which generally fly to space every year or two. The last HTV before this one was sent aloft in September 2018.