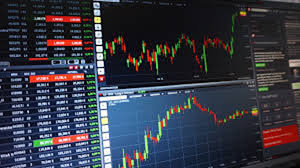 However, European stocks eked out small gains after suffering their worst day since last December on Wednesday, when the U.S. got the go-ahead to impose tariffs on $7.5 billion of European goods.

Washington will enact 10% tariffs on Airbus planes and 25% duties on French wine, Scotch and Irish whiskies and cheese from across the continent as punishment for illegal EU subsidies to Airbus.

But a reduction in the initial list propped up some sectors with the pan-regional STOXX 600 index <.STOXX> up 0.2%, torn between falls in financials and gains in luxury goods stocks. France’s CAC index <.FCHI> rose 0.7% while Britain’s FTSE 100 <.FTSE> fell 0.5%. German bourses – a weather vane for exports – were closed for a national holiday.

The latest U.S.-European trade tensions added to fears over the standoff between Washington and Beijing, which has cast a shadow over global growth prospects. Earlier in the week, disappointing data on U.S. manufacturing and the jobs market suggested the trade war with China had damaged the world’s largest economy.

“The big question for a lot of folks is whether this is the third slowdown since the financial crisis or are we now heading for a global recession,” said Anujeet Sareen, a fixed income portfolio manager and global macro strategist for Brandywine Global. “The wild card in the pack is always Donald Trump and whatever he tweets next.”

“Risk aversion is broadly on the rise and that has been triggered by the weakness in U.S. manufacturing ISM data earlier this week,” said Manuel Oliveri, an FX strategist at Credit Agricole in London.

“The outperformance of the U.S. economy compared to other major economies has held the dollar and other risky assets up but that has changed this week.”

The flight to safety saw yields on two-year U.S. Treasury yields slip to 1.4680%, nearing a two-year low of 1.4280%. Adding to pressure on yields was a weak U.S. jobs report, boosting expectations the Federal Reserve will cut interest rates this month.

Bets on a rate cut could rise further if a U.S. non-farm payrolls report on Friday shows weakness in the labour market.

Government bond yields in safe-haven Germany fell for the first time in over a week.

In currency markets, the dollar dipped to one-week lows against the euro and yen. The greenback crossed 107 Japanese yen and touched a week low of 106.95 yen before recovering some ground. It fell to $1.0973 per euro . The dollar index <.DXY> slipped 0.1%.

Meanwhile, sterling was flat at $1.2306 as investors waited for a European Union response to Britain’s latest Brexit offer, which Prime Minister Boris Johnson offered on Wednesday.

So far, the last-ditch Brexit proposal has received a cool reception. One senior EU official said it “can’t fly” because it was an unworkable move backwards that left Britain and the EU far apart.

Brent crude was flat at $57.84 per barrel. Energy traders are worried about a slowing global economy, an over-supplied market and geopolitical friction in the Middle East. [O/R]