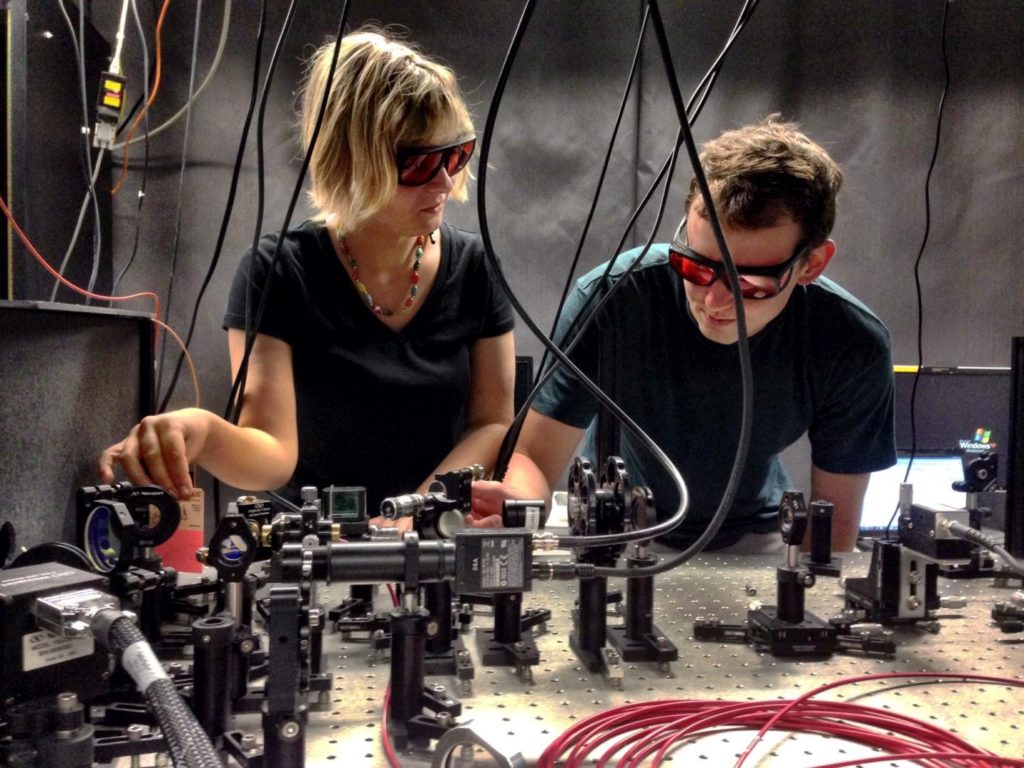 As a fifth-year Ph.D. understudy concentrating the romance moves of bouncing insects, Sebastian Echeverri isn’t acquainted with his skill drawing in the consideration of anybody past a bunch of individual arachnologists.

This late spring, be that as it may, Echeverri ended up on staff at The Philadelphia Inquirer, pet tarantula around his work area, expounding on this present reality science behind Spider-Man’s superpowers. The 1200-word article secured everything from insects’ delicate body hairs to the capacity of specific species to stick to dividers while holding multiple times their own weight. On 16 July, two weeks after the arrival of Sony Pictures’ Spider-Man: Far From Home, The Inquirer gave the piece a full-page spread on the front of its Life segment. Its subsidiary newspaper, the Philadelphia Daily News, additionally ran the story as a lead highlight.

“When I sent my friends and family the story, there were a lot of Peter Parker jokes going around, because I had the exclusive scoop on Spider-Man’s powers,” said Echeverri, who is working on his dissertation at the University of Pittsburgh. “Obviously, for me, that was a dream come true. I’ve always felt a connection to that character.”

The Spider-Man story was one of nine bits of science news that Echeverri composed for The Inquirer this mid year, on account of a Mass Media Science and Engineering Fellowship from the American Association for the Advancement of Science. Every year, in a 10-week program, AAAS spots propelled undergrad, graduate, and postgraduate researchers as Mass Media colleagues at news associations over the United States.

Simultaneously, the association has the Diverse Voices in Science Journalism Internship, setting undergrad reporting understudies on the news group at the AAAS-distributed Science magazine for the mid year. Together, the projects work to prepare the up and coming age of science essayists and reinforce the associations among researchers and columnists, honing analysts’ capacity to convey complex science to the general population while improving the broadness and profundity of science-related inclusion in the predominant press.

Since the Mass Media Fellowship’s debut summer in 1975, when 10 researchers partook, the program has developed reliably. As of late, with the absolute number of graduated class moving over 700, AAAS has concentrated on putting more colleagues at outlets in the nation’s heartland, notwithstanding those on the coasts. With 26 colleagues working at a differing cluster of print, online-just, and communicate outlets, this present summer’s gathering was the program’s biggest. Following the cooperation, a few members come back to the scholarly community, while others go on to effective professions in science correspondence, as writers or open data officials.

“You all are primarily scientists, not journalists,” said Kristin Lewis, who leads the Mass Media program for the AAAS Center for Public Engagement with Science and Technology, at the fellows’ orientation in June. “At least you were before this summer. Now that distinction might start to blur.”

At the point when Echeverri touched base at The Inquirer in June, staff quickly valued his commitments. He utilized the basic reasoning abilities he has worked as a specialist in covering subjects well outside of his insightful specialty, for example, an examination on online segregation and loathe wrongdoings, and they remained on as a consultant to chip away at an anecdote about how environmental change is influencing the Delaware River watershed, which was distributed in mid-September. The Spider-Man piece, however, was his showstopper.

“Sebastian won over readers who thought they weren’t interested in science,” said Charlotte Sutton, The Inquirer’s health and science editor. “My husband doesn’t read science stories, and he always complains when stories are long. But he was all the way through that one, like, ‘what a great story.’”

Though most understudies hang tight for bearing, Sutton stated, every one of the four Mass Media colleagues they has managed shown up anxious to transform their specific information into accounts important to a general group of spectators. they acknowledges the energy and exceptional point of view that they bring.

“Science is difficult, and it’s under siege these days,” Sutton said. “It’s more important than ever to get people who are creative in their thinking and how they write about science.”

The Diverse Voices entry level position, which AAAS established in 2005, looks to explain such innovative announcing by acquainting the science beat with youthful essayists who as of now have a strong establishment in news coverage. Like Mass Media colleagues, Diverse Voices assistants fill in as science writers for a 10-week stretch each late spring. A large portion of the understudies are seeking after or have as of late finished an undergrad news-casting degree, instead of a propelled science qualification, and many originate from networks where science composing has been generally underrepresented. Their arrangement at Science magazine gives them presentation to a news activity gave exclusively to science detailing.

Different Voices understudies gain recognition with numerous aspects of Science’s activity, including composing 250-word, lay-language study outlines, called ScienceShots, and procuring print and online bylines on completely detailed stories. Katie Camero, one of the current year’s three Diverse Voices assistants, moved on from Boston University in May with a noteworthy in reporting and a minor in natural science. In making stories on turtle fetuses, sea fermentation, and that’s only the tip of the iceberg, Camero appreciated the test of fitting her language to Science’s readership.

While utilizing their familiarity with Spanish to help a Science editorial manager create contacts in South America, Sabine Galvis, a 2019 Diverse Voices understudy and senior in news coverage school at Arizona State University, had the option to connect with Ecuador’s clergyman of horticulture. The discussion prompted a distributed Q&A about how Ecuador—the world’s biggest banana exporter—was ensuring the natural product against a possibly decimating parasite reputed to have showed up in Colombia. After two weeks, after Galvis’ family in Colombia informed their affirming the parasite’s appearance, they distributed a story on the nation’s subsequent highly sensitive situation.

“Everyone in the office was very willing to offer their expertise and guidance,” Galvis said of the internship. “I think the biggest part of it for me was the mentorship and networking. And I walked away with a couple of clips that I can be really proud of.”

As a Mass Media individual at King 5 News in Seattle, Laura Fattaruso pitched thoughts for online stories, some of which progressed toward becoming TV sections. In the case of finding out about the design of the mosquito mind or joining University of Washington scientists on a pontoon to test their recently created tidal vitality turbine, Fattaruso attempted to make apparently inconceivable themes open—first to herself and afterward to perusers and watchers.

“I think a lot of the skills that I developed in this fellowship will translate into better communicating my own research,” said Fattaruso, who studies earthquakes as a second-year Ph.D. candidate at the University of Massachusetts Amherst. “Really getting to the point of why I’m doing this, what it means for other people, and how it could be useful.”

Jennifer DeMoss, who spent the late spring at The News and Observer in Raleigh, N.C., chose to apply for the Mass Media Fellowship 4 years back, in the wake of perusing a program flyer. Presently finishing her exposition inquire about on wild training and human instinct connections at the University of Georgia, DeMoss chose that this late spring was the ideal time to partake. The experience left her without any questions concerning what profession they intends to seek after.

“I’m deliriously happy,” said DeMoss during her second-to-a week ago at The News and Observer. “If they would hire me here tomorrow to be the science writer, I would do it in a heartbeat.”